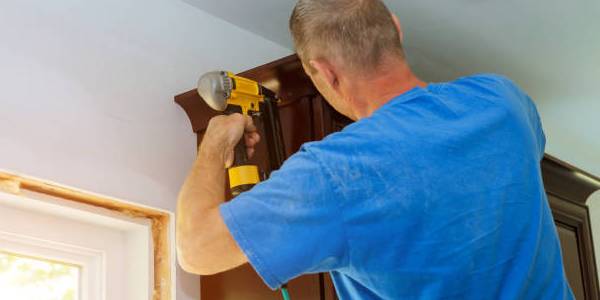 The pneumatic nail gun is one of the most commonly used types of nail guns today. It relies on using a separate machine to provide compressed air which is used to power the internal piston mechanism that drives the nail.

While there are many other types of nail gums, the pneumatic based models have been adapted to a wider variety of uses on site and off. Tacking in furniture is more easily done with a smaller nail gun and more precise with one as well. The low impact to the surrounding surface, unlike what a traditional hammer can have, makes it remarkably easier to use without needing to fix hammer marks.

According to an Illinois company, Paslode, they introduced the first pneumatic tools for upholstery tacking in 1959. After its widespread success and rise in popularity, it became regarded as the first in a series of innovations. From the first light duty nail gun to the first full industrial model called the Gun-Nailer, Paslode pioneered the road for pneumatic tools.

What made it so widely accepted was that fact using them reduced the strain on workers, who were then able to work longer. It also translated into one of the cheapest ways to increase overall speed and productivity because of the ease of use and reduced strain. They continued to develop the model even more and produced even cordless versions of the device that  used combustion motor. Many companies followed their lead and began developing nail guns, even moving away from pneumatic power to provide even more driving force.

There are many companies that produce nail guns and among them, there are some that many feel qualify as the top three for the professional and expert craftsman.

The top on a lot of lists is the Bostitch N62FNB. It is fairly lightweight and costs under £200, which makes it great for the DIY crowd that tackles projects around the home.

Coming close to that and a bit under pricing around £150 is the Craftsman 351.181770. It is also and excellent choice for small business and handy hobbyist.

The third contender is the Dewalt D51276. It is priced about the same as the Bostitch model and offers the same level of quality design and performance.

When it comes to using any type of tool, you should always take the needed precautions to ensure you and the people around you do not get hurt. Protective gloves and safety glasses as the minimal you should have. Depending on the model and setting, ear and head protection would be advised as well. The need for an air compressor means there will be a cord involved for standard pneumatic models so be aware of its location and avoid tripping over it.

Always use the manufacturers guidelines for clearing jammed nails as well. Most guns have a built in mechanism to help clear potential jams. One of the biggest cause of accidents are miss fires and people using non suggested techniques to clear the barrel. 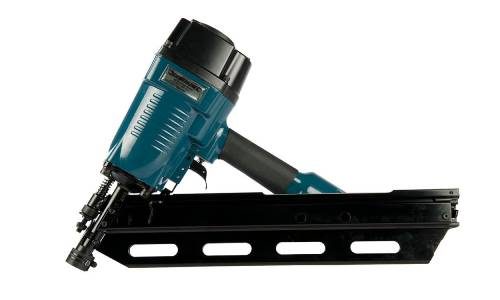 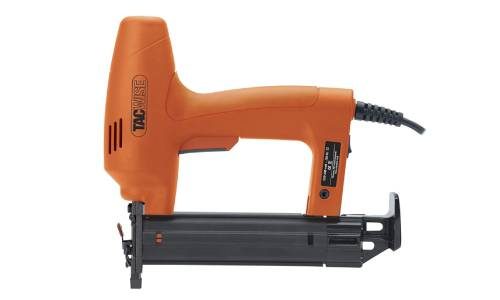 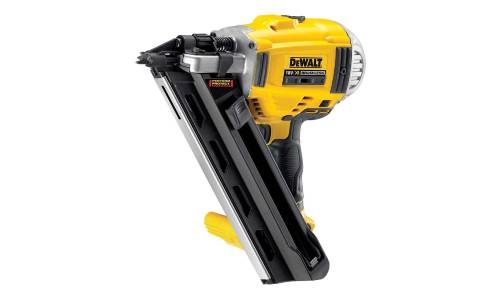